Rationale. Both of yesterday’s decisions followed the reasoning of Tokhtaman v. Human Care, LLC, decided by the Appellate Division, First Department earlier this year, rejecting the New York State Department of Labor’s (“NYSDOL”) longstanding opinion that workers could be paid for 13 hours per shift, provided they were afforded at least eight hours for sleep time and three hours for meals (the “13-Hour Rule”). The Second Department determined that the NYSDOL’s 13-Hour Rule was an interpretation that was “neither rational nor reasonable” under New York’s minimum wage law and regulations.

Appeal. The Andreyeyeva, Moreno, and Tokhtaman decisions were all unanimous, so there is no automatic right to appeal to the New York Court of Appeals, New York State’s highest court. However, these three decisions stand in stark contrast to decisions in federal courts in New York in which those courts have deferred to the NYSDOL’s 13-hour Rule, namely Severin v. Project OHR and Bonn-Wittingham v. Project OHR. Indeed, in Bonn-Wittingham, the Court considered and expressly rejected the First Department’s reasoning in Tokhtaman. This split between the state courts and federal courts could provide an avenue for review of this issue by the New York State Court of Appeals.

In the meantime, these three decisions present significant challenges for agencies. Without a different decision or government action, agencies may face enormous backpay liability for all their 24-hour cases worked over the past six years.

What questions do these decisions raise?

FordHarrison LLP advises and counsels home care agencies and Fiscal Intermediaries under the New York State CDPAP on all issues relating to labor, employment and benefits. If you have any questions regarding this Legal Alert or would like our advice about particular facts and circumstances at your workplace, please contact the authors, Stephen Zweig at szweig@fordharrison.com, and Philip Davidoff at pdavidoff@fordharrison.com,  or contact any of the firm’s attorneys in its New York City office at (212) 453-5900. 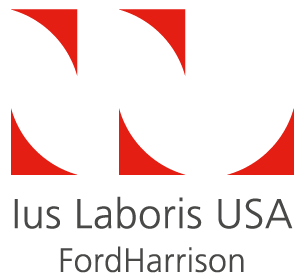